Tokarevskiy Lighthouse, or Tokarev lighthouse, is one of the oldest lighthouses in Russian Far East. It’s one of the main sights in Vladivostok, attracting many citizens and tourists every year.

History. Strong currents and low water between the Tokarevskiy Cape and the Russian Island make it very dangerous for the ships to enter the Port of Vladivostok from this side. The lighthouse is there to mark the dangerous peninsula and lead the way to all the ships entering Vladivostok. It was built in 1876 – only 16 years after the foundation of Vladivostok city – at the end of a sand spit on Tokarevskiy Cape. Up to 1980s a wooden bridge connected the lighthouse with the mainland. Now the bridge is gone, but the remains of the bridge are still there.

An unofficial symbol of the city. This lighthouse became an unofficial symbol of Vladivostok, along with tigers and bridges. Many couples come here to take pictures on their wedding day. In summer it’s a very popular recreational area with people having a barbecue and swimming. The water is clean comparing to the city beaches, due to the strong current mentioned above.

In the beginning of spring, when the sea ice starts to break, people come here to look at spotted seals which come very close to the shore in search for fish and open water.During high winds it’s a popular windsurfing spot along with many others in Vladivostok.Traditionally, many tourists whose trip lays across Russia and ends in Vladivostok, come to Tokarevsky lighthouse to finalize their journey: they say it’s a symbolic place where “all the roads end”. 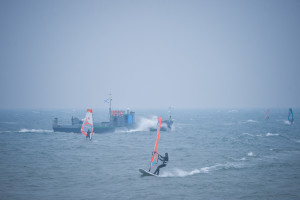 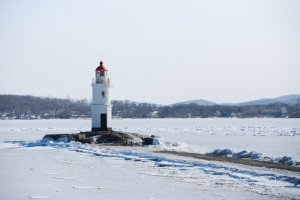 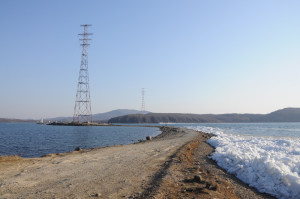 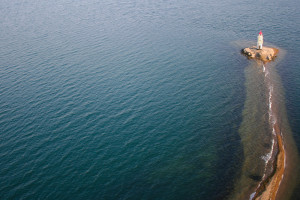 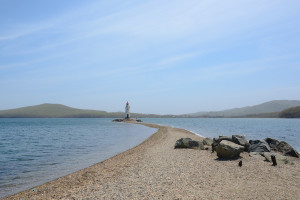 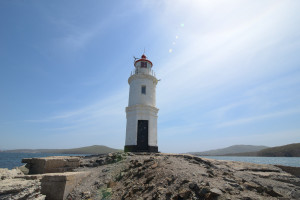 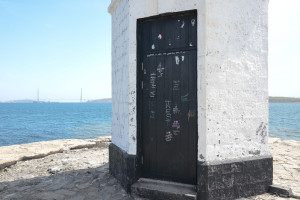 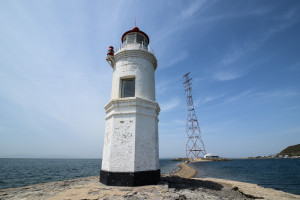